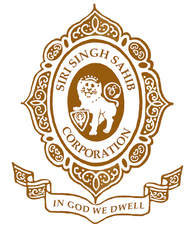 A Day of Music, Dance and Prayer-International Peace Prayer Day is a gathering on the sacred land of Guru Ram Das Puri where we can express our gratitude and hope for the future through yoga, meditation, chanting, and the Sacred Healing Walk. This is a potent time to offer your prayers for the peace, healing, and unity of all humanity, to bless and honor this sacred land, and-for those participating in the Summer Solstice Sadhana, to set ourselves to go through the transformative Solstice journey. All are welcome to attend this free event.

In honor of our spiritual teacher Yogi Bhajan, the Siri Singh Sahib Corporation, in coordination with 3HO Foundation International, Sikh Dharma International, and the East West Tea Company, have started a tradition of honoring individuals whose life and work has been dedicated to the development of peace, equality, and justice. We commence this honoring with the presentation of the Siri Singh Sahib Corporation Award for Social Justice.

The Siri Singh Sahib Corporation Award for Social Justice is given to those who have acted selflessly in the pursuit of peace and the realization of equality. The spirit of this award is captured by the purpose of Peace Prayer Day, a day we come together to celebrate peace. Where all people from all walks of life are welcomed. It’s a day when we rejoice in the deep spirit that lives in every one of us and it’s a time when we outwardly share a consciousness of understanding, compassion, joy, and upliftment.

Read below to learn more about our past speakers. 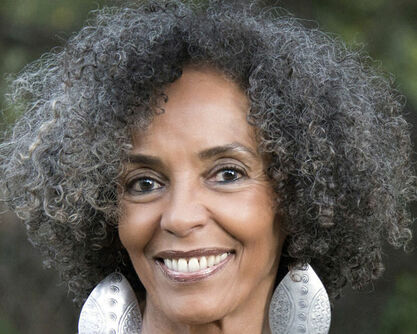 Fania Davis is a leading national voice on restorative justice, a quickly emerging field which invites a fundamental shift in the way we think about and do justice. Restorative Justice is based on a desired set of principles and practices to mediate conflict, strengthen community and repair harm. She is a long-time social justice activist, Civil Rights trial attorney, restorative justice practitioner, writer, and scholar with a PhD in Indigenous Knowledge.
Coming of age in Birmingham, Alabama during the social ferment of the civil rights era, the murder of two close childhood friends in the 1963 Sunday School bombing crystallized within Fania a passionate commitment to social transformation. For the next decades, she was active in the Civil Rights, Black liberation, women’s, prisoners’, peace, anti-racial violence and anti-apartheid movements. After receiving her law degree from University of California , Berkeley in 1979, Fania practiced some 27 years as a Civil Rights trial lawyer.
During the mid 1990’s, she entered a Ph.D. program in Indigenous studies at the California Institute of Integral Studies, and apprenticed with traditional healers around the globe, particularly in Africa. Since receiving her Ph.D. in 2003, Fania has been engaged in a search for healing alternatives to adversarial justice. She has taught Restorative Justice at San Francisco’s New College Law School and Indigenous Peacemaking at Eastern Mennonite University’s Center for Justice and Peacebuilding. She writes and speaks on these subjects.
​
The search for a healing justice also led Fania to bring restorative justice to Oakland. A founder and currently Director of Restorative Justice of Oakland Youth (RJOY), Fania served as counsel to the International Council of Thirteen Indigenous Grandmothers. Numerous honors include the Ubuntu award for service to humanity, the Dennis Maloney Award for excellence in Youth Restorative Justice, and World Trust’s Healing Justice award.  The Los Angeles Times recently named her a  New Civil Rights Leader of the 21st Century. Fania’s research interests include race and restorative justice, social justice and restorative justice, and exploring the Indigenous roots, particularly the African Indigenous roots, of restorative justice.
Learn More 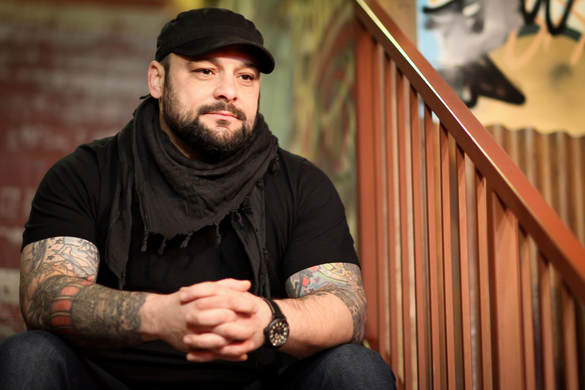 After leaving the white-supremacist skinhead movement he helped build in America during the 1980s and 90s, Christian Picciolini earned a degree in international relations from DePaul University. He launched Goldmill Group, a global digital media and counter-extremism consulting firm. In 2016, he won an Emmy Award for his role in producing an anti-hate advertising campaign aimed at helping people disengage from extremist groups.

His life since leaving the white-supremacist movement over two decades ago has been dedicated to helping others counter racism and violent extremism by co-founding the organization Life After Hate. Christian now leads the Free Radicals Project, the world’s first global extremism disengagement platform. Christian has spoken on the TEDx stage and to audiences all over the world, sharing his unique and extensive knowledge, teaching all who are willing to learn about building greater peace and acceptance through empathy and compassion. He has helped over 100 people disengage from hate groups. Christian’s involvement in the early American skinhead movement is chronicled in his memoir WHITE AMERICAN YOUTH: My Descent into America’s Most Violent Hate Movement–and How I Got Out (Hachette, 2018). Christian is co-developing a television documentary series based on his work helping people disengage from violent ideologies. 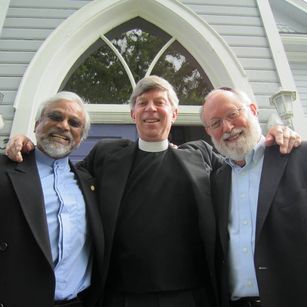 Imam Jamal Rahman, Pastor Don Mackenzie and Rabbi Ted Falcon — the Interfaith Amigos — started working together after 9/11. Since then, they have brought their unique blend of spiritual wisdom and humor to audiences all over the U.S., as well as Canada, Israel-Palestine, and Japan.

​The Interfaith Amigos present a crucial message in their unique humorous style, helping participants appreciate the promise and the problems of the interfaith experience. 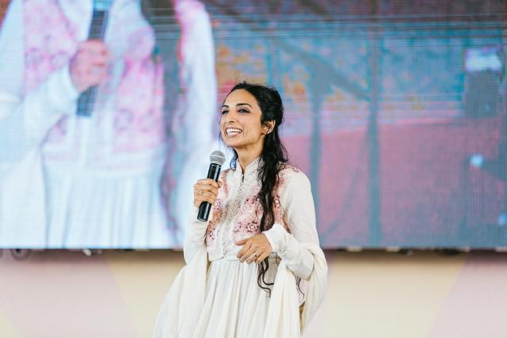 Valarie Kaur is a leading voice for social justice in America who presents «revolutionary love» as a political and moral force that can dismantle injustice. As a lawyer, filmmaker, activist, entrepreneur, and Sikh thought leader, she has made award-winning films and led national campaigns to advance progressive issues: racism and profiling, gun violence, immigration detention, LGBTQ equality, and hate crimes against Muslims and Sikhs. 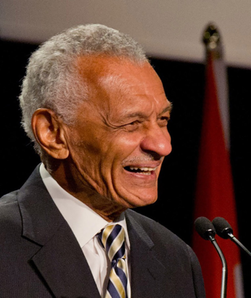 Dr. Vivian is known for his work with Dr. Martin Luther King Jr. during the civil rights movement in the 1960’s. He was a Freedom Rider and organized sit-ins and other non-violent protests against racial segregation in the South. As a member of the Executive Staff of the SCLC (Southern Christian Leadership Council) he marched with Dr. King in Selma, Montgomery, Chicago, Birmingham, and Washington, D.C. He worked as an organizer for the voter registration drive in Selma, a movement that was the catalyst for the 1965 Voting Rights Act. Most recently President Obama presented Reverend Dr. C.T. Vivian with the Presidential Medal of Freedom, America’s highest civilian honor.